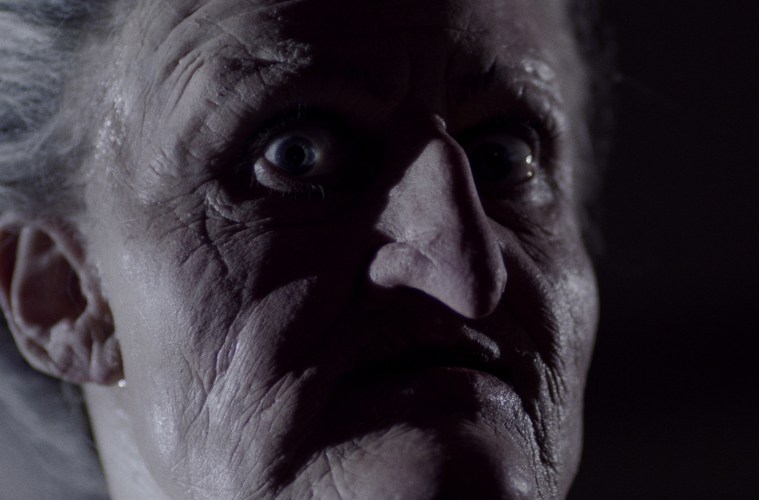 The 5th episode from Bloody Cuts is a dark bedtime story, a gothic tale of a girl scared to suck her thumb – lest the monstrous ‘Suckablood’ should come!

Written and directed by Ben Tillett and Jake Cuddihy, Bloody Cuts bring their brand of UK horror to new levels with a haunting film shot on location in a stately home in Norfolk, England.

When Ben Tillett and Jacob Cuddihy wrote the fabulous script for Suckablood, producers Ben Franklin and Anthony Melton knew they were onto something special. But it was ambitious, potentially expensive and beyond the scope of all that we had done before. Ignoring all those factors, we pressed ahead and made every effort to stay as close to the vision of the story as much as possible.

When the difficult location was found, and the film cast with the brilliant 9 year old Holly Jacobson, we set about shooting it one cold April weekend. The schedule over the weekend was tight, with a restricted set of shooting hours, and the team had the difficult task of filming almost the whole film during the day – when it was supposed to be set at night!

With shooting completed, the Post Production team began creating all of the many subtle elements that would sell the stylish setting. That included a beautiful animated introduction from Ben Tillett, and oily footprints that Alex Purcell had to splash along the surfaces due to us obviously not being able to do it in reality.

The Post Production process was the longest yet, but it was all spent pouring as much detail into every shot as we could. This was further demonstrated with the addition of Enrica Sciandrone on music duties; the first time we’d brought in a composer to work with. The difference she made was incredible, with a perfectly written (and award winning) score that elevated the film beyond our imaginations.

“Suckablood” has gone onto be the most successful episode in the series, winning the FilmSkillet.com “International Film Award”, and gaining well over 500,000 viewers. It was our most expensive film at that point in time, having been paid for with a generous donation by actor/celebrity Stephen Fry. That money came in useful – castle locations hardly come cheap!

Trivia: The Ugly Stepmother was played by Samuel Metcalf. Yes – a man!