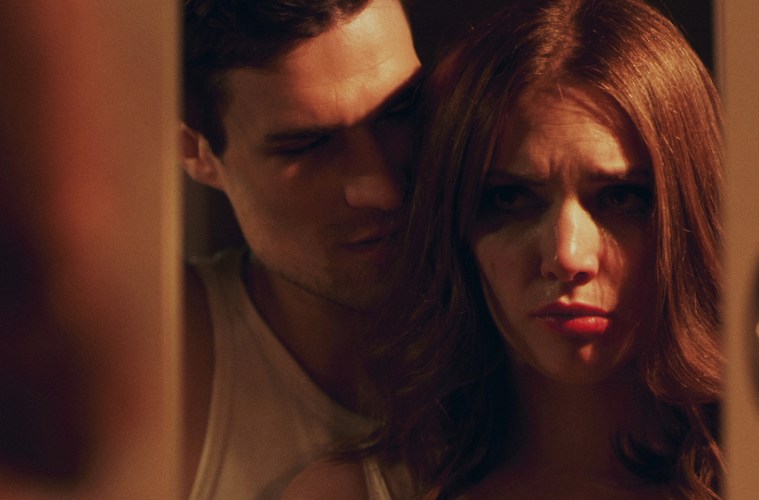 Pray you never bring her home. When a one night stand has horrible repercussions, a sexual predator becomes the prey…

As his Directing debut, Jonny Franklin was conscious of the overall desire to not only keep improving every episode, but also trying to do something different and unpredictable. He approached Joel Morgan and Ben Franklin with the nugget of an idea, and through some discussion that grew into a classic “monster under the bed” story. After several drafts of the script, the story was finally settled on, which was a blend of J-horror, Fincher, and the age old legends of the banshee and the succubus.

Continuing our trend for shooting in Norfolk, we found ourselves holed up in a beautiful house for the weekend where our complex shooting script was filmed over the space of 30 hours.

We were all keen to get a bit of blood and gore on the screen (after all, we are Bloody Cuts!) so Karen Spencer (of Millennium FX) went to work in detailing a giant gash along side of Fergal’s face, treating the audience to a quite horrific and memorable scene. The VFX work, again handled by Alex Purcell, was much heavier this time too, with around 10 shots needing extensive and often subtle work.

‘Prey’ also saw another addition to the team, in filmmaker Andrew Martin, who arrived armed with his magnificent Red Epic camera. Andrew pulled focus, whilst Ben Kent did an excellent job on camera even though it was his first time operating it. And of course we can’t forget the fantastic steadicam work that Peter Ford performed, perfectly matching Jonny’s vision for stylistically transitioning between flashbacks.

Trivia: ‘Prey’ was based on a disturbing dream that director Jonny Franklin had, that Ben Franklin and Joel Morgan then adapted into the final film.