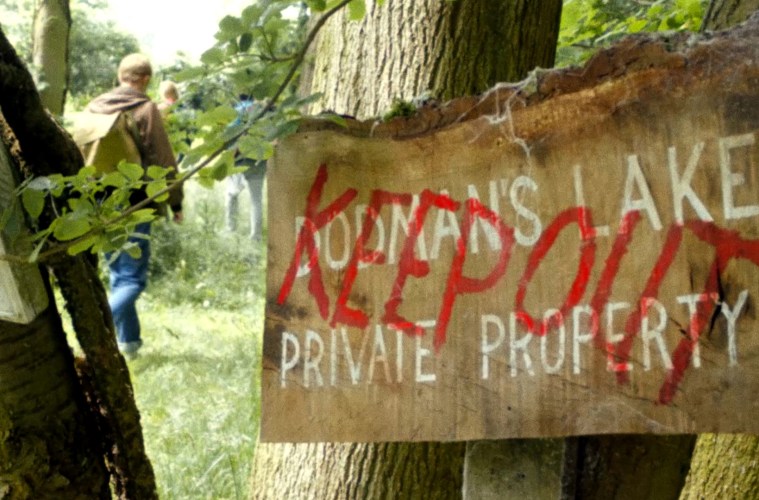 Born from a passion for the golden age of slasher films, “Dead Man’s Lake” is a story drawn from the brain of Bloody co-creator Ben Franklin, who takes Directing duties for the first time.

Armed with a script from Joel Morgan, the team set about creating an 80’s period horror that would capture the spirit of that era whilst giving it a unique Bloody Cuts twist. Filmed entirely on exterior locations, the film sees many firsts for the team, including some of the most extreme scenes they’d brought to the screen so far!

Produced and Written by: Ben Franklin

Shot on an Arri Alexa, the 2 day shoot threw many seemingly impossible tasks in front of the team, but we wouldn’t be defeated. Quite the opposite, as we produced the longest film of the series, shot on 3 separate locations, and with the biggest cast yet – including Harry Potter star Jon Campling.

The difficult shoot was efficiently managed by Anthony Melton and Ben Tillett (on Assistant Director duties),  who kept the schedule on-track, in face of endless rain and waterlogged sets.

The Post Production process on Dead Man’s Lake was the most intensive to date, with over 40 VFX shots to complete, as well as an authentic grade from popular colourist Patrick Inhofer (Tao of Color). But the time spent in our darkened edit suites was worth the sacrifice, as we produced a film that is every bit what Bloody Cuts is all about… Pure unadulterated horror!

Drenched clothes, burnt faces and a smashed car, this is one summer the Bloody Cuts team won’t forget in a hurry…

Trivia: ‘Stitches the clown’ makes a cameo at one point… Did you spot him?