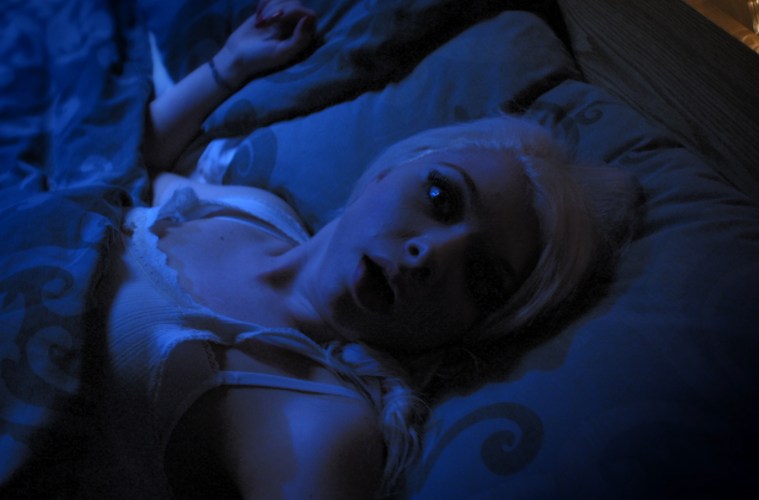 On a dark and stormy night, a man is interrogated for a series of grisly slayings, but all is not quite as it seems.

D.I. Collins has a suspected serial killer in custody. But there may be more to his crimes than the Detective imagines…

Born from a love of both crime and horror cinema ‘Death Scenes’ is the 7th film in the Bloody Cuts anthology. It’s the directorial debut of Bloody Cuts’ Head Writer – Joel Morgan – and features Robin Berry in the role of silent, enigmatic suspect ‘John’ and Ayden Callaghan as D.I. Collins, a detective with his own secrets.

Robin Berry – the eponymous ‘Suckablood’ – returned for his 2nd Bloody Cuts film in a battle of wits with Ayden Callaghan. The interview room scenes were filmed on the Saturday of a single weekend shoot, with Robin and Ayden facing off against each other over a steel table liberated from a kitchen inside a small room filled with crew. 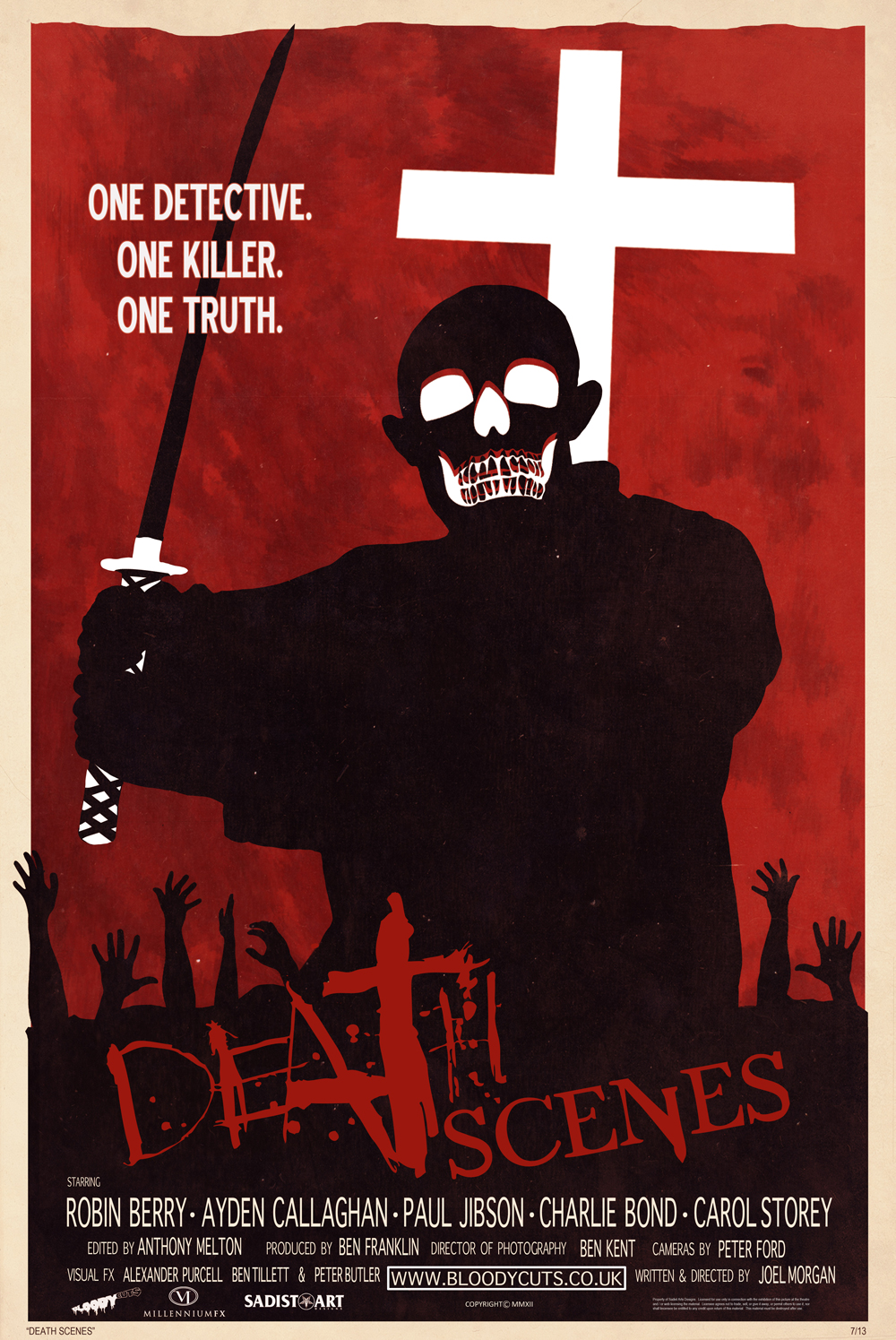 The 2nd day of filming involved the flashback scenes being shot within the house of the ever-wonderful Barrett family. This saw actors Charlie Bond, Paul Jibson and Carol Storey, the Bloody Cuts crew and make-up/SFX masters from Millennium FX coming together for a truly bloody, unsettling and shocking Sunday shoot!

‘Death Scenes’ delivers a tight, twisting crime story shot through with Bloody Cuts brand of blood, suspense and shocks. Best of all – no one got drenched during production!

Death Scenes is now part of the feature film anthology Patient Seven check it out here:

Trivia: In a tribute to the Giallo films of Dario Argento, the hand that stabs a knife into Janet’s ‘torso’ is wielded by director Joel. This was purely intentional and not because Robin Berry had to chip off. It made Joel happy – despite his failure to puncture the bags full of blood with a knife that he claims was a bit blunt…