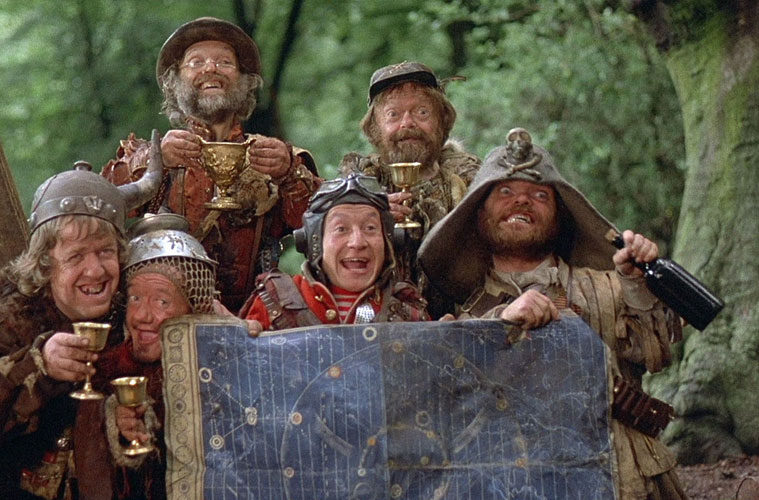 Kevin is a young boy who comes to suspect that something is going on in his bedroom when a Knight in full armour and on horseback bursts through his wardrobe door whilst he is trying to settle for the night.

The following night the titular ‘Time Bandits’ appear from the wardrobe and the adventure begins.

Where are Kevin’s parents? Well in a true display of 1980s materialism, they are soulless worshippers of TV and the age of Gameshows with kitchen appliances prizes. Its interesting to note that the plastic sheeting used on all the furniture also appears in the Fortress of Eternal Darkness for the same purpose – you might also notice that the fortress is made of Lego.

Surrealism indeed. The minions of Evil are also wearing the same plastic sheeting over their outfits giving them a rather Geiger-esque ‘surgeon-technician’ feel about them.

The cast and script are a dream. The much loved Ralph Richardson (see Dragonslayer) in a star cameo as ‘The Supreme Being’ is a grandfatherly joy to behold, particularly when asked about why Evil exists.

John Cleese as Robin Hood “jolly good”
Sean Connery as Agamemnon/Fireman
Shelley Duvall as Pansy
Katherine Helmond as Mrs. Ogre
Ian Holm as Napoleon “I like to watch little things hitting each other”
Michael Palin as Vincent “I must have fruit!”
Ralph Richardson as Supreme Being “Yes well, I am the nice one”
Peter Vaughan as Winston the Ogre “At last I can really cough”
David Warner as Evil “Show me subscriber trunk dialling, I must know everything”
Craig Warnock as Kevin
David Rappaport as Randall
Kenny Baker as Fidgit “So that’s what an invisible barrier looks like”
Malcolm Dixon as Strutter
Mike Edmonds as Og
Jack Purvis as Wally
Tiny Ross as Vermin
Ian Muir as the Giant 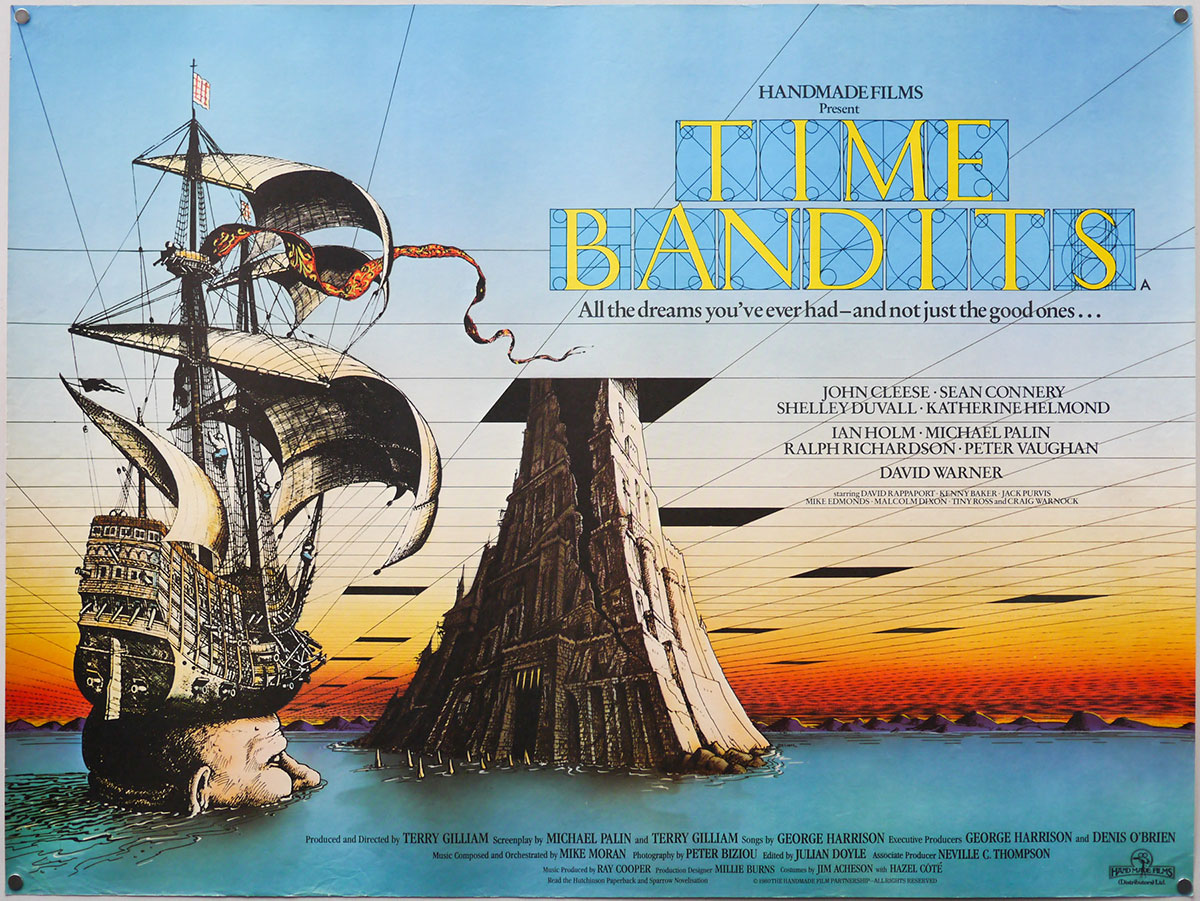