The Witcher 3: The WIld Hunt

I used to play a lot of video games when I was younger, but life (or guilt) in one way or another had banished my joystick to the proverbial loft of doom (the irony).

Then there was ‘Witcher 3’.

I recently bought an X-BOX ONE…

I won’t go into epic details about the couch (it could probably tell you itself) or Witcher 3 for that matter, as are a million other reviewers that can give you a much better and in-depth review than I (Like these). 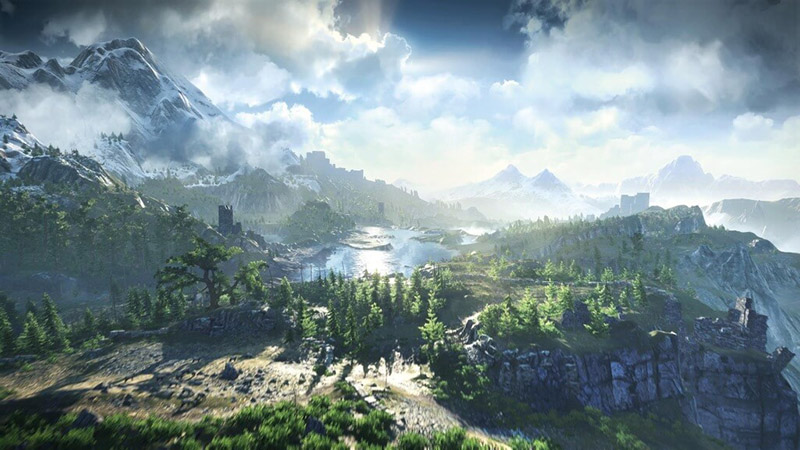 However, I did just want to give a huge WATCH OUT! to the sound and graphics of Witcher 3, specifically the staggering landscapes and richly crafted environments.

The stunning world through “witch” you vicariously roam is by all accounts the best digital high fantasy setting that I’ve ever seen and in many ways makes ‘Skyrim’ look like ‘Sonic the Hedgehog’.

I often found myself being completely distracted to the mission in hand as I sent Gerald wandering slack-jawed off into the eye-watering sunsets, the haunting, howling forests and the gloriously gassy swamps. The success of the visuals of ‘Witcher 3’ is largely down to the lighting and the weather effects, painting the already insanely detailed graphics in extremely convincing audio and visual ambient goodness.

All the usual, ghouls and goblins are there, the elves, the dwarves, the hobbity things – but in what so many other games have factory pressed out of the smoky ghost of Tolkien, CD Project RED have created a visually stunning and truly unique high fantasy experience.

In a RPG gaming genre where “WOW” is a thing I’ve seldom said, even the “Go-there-get-that-then-bring-it-back-here-collect-this-then-go-back-there-and-get-that-again” vibe didn’t bother me, because as I was “going-there-getting-that” I was constantly engaged by the beautiful setting unfolding on the glowing box in front of me. 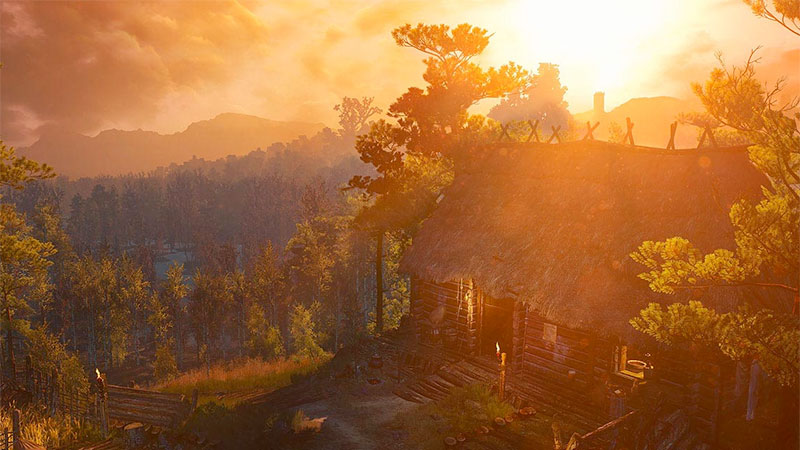 There is a reasonable amount of horror related content within the game, not to mention some fantastic blood and guts in the action sequences. You’ll also encounter some other rather questionable uses of “flesh” in the game, but I’ll leave that up to you to form an opinion on whilst you’re still chewing on the overly ripe use of the ‘C’ word… and I don’t mean ‘character sheet’… because that’s two words.

This might not be everyone’s cup of tea, but I strongly advise that if you get the opportunity to check out ‘The Witcher 3’, even if it’s just to take a leisurely stroll through the fantastic world of the Northern Kingdoms and Nilfgaard – available on Xbox One, PS4 and Steam.

I love it, although the guilt is returning so I should probably go and do something responsible.