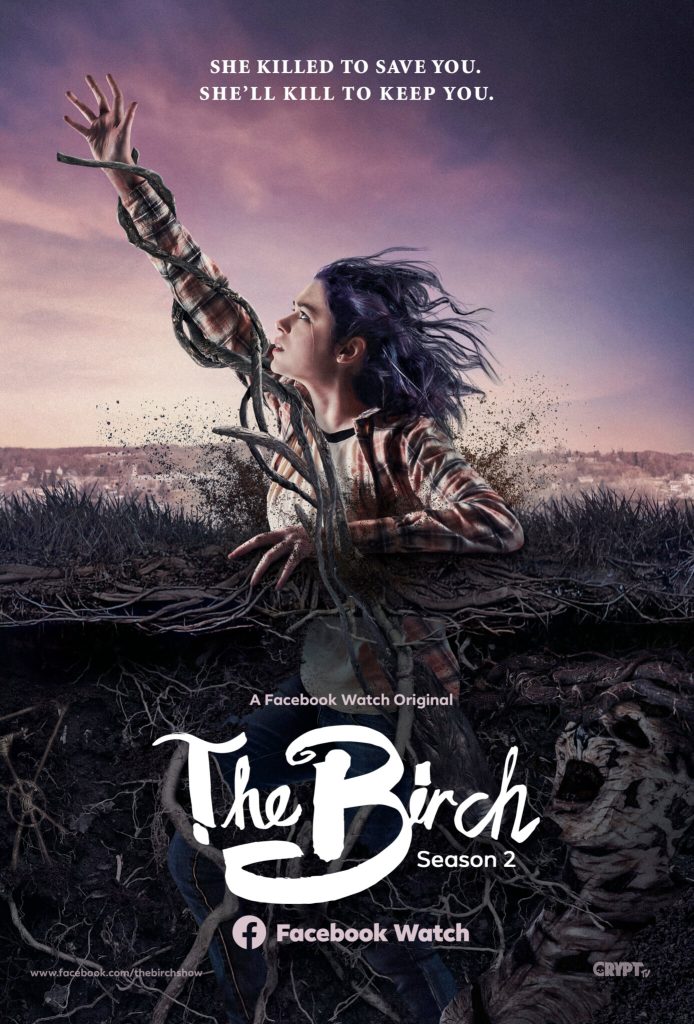 We’re super stoked to announce the release date of Crypt TV’s ‘The Birch: Season Two’ dropping on Facebook Watch on the 26th March.

Anthony Melton, Ben Franklin and Cliff Wallace from Bloody Cuts have worked closely with Crypt TV on this season, and they cannot wait for the White Lady of the Woods to terrify your screens once again.

Check out the trailer below:

If you’re late to the party, you can catch up by binge-watching The Birch Season 1, HERE.