Bloody Cuts is an ongoing anthology of short horror films presented online as a free web series for the love and passion of horror filmmaking.

The idea was simple – to create a horror series, freely accessible online, that would be made by a collective of talented individuals. Their vision was to reimagine the classic anthology format, in a series of 13 short films that would broadly cover the horror genre spectrum.

Anthony set to task, designing the brand, website and digital collateral to bring the series to life, whilst Ben and Jonny filmed the pilot episode (‘Lock Up‘, directed by Ben Kent). With a warm reception to the first episode in the series, and with the help of crowd supported funding, the team followed up with a succession of popular shorts. These included the award winning ‘Suckablood’ which also received a Vimeo Staff Pick, ‘Dead Man’s Lake’ (selected as ‘short of the year 2013 on Film School Rejects) and ‘Don’t Move’ (directed by Melton) which has received over 1,000,000 views online.

With an ever-growing fan-base, Anthony and Ben have worked together over the past 9 years to produce 16 short films, and a host of additional content, including a Bloody Cuts Blu-ray that sold out almost instantly.

Bloody Cuts has been made possible due to a number of talented individuals, who have worked as part of the team over the past few years, and have given their time and efforts into helping to bring the stories to life. The series has also been possible in a big way thanks to Ben and Jonny’s extended family, including numerous parents, siblings, cousins, aunts and uncles; the BBC even covered their story in 2012! Early success also saw actor/broadcaster Stephen Fry aid the production, with a generous donation that helped to fund further films.

Late 2013 saw the launch of BC Horror Challenge, a popular film competition that ran for 6 months, and featured an ensemble of famous film judges including Joe Dante and the Soska Sisters. Ryan Thompson won with ‘Play Time’, and received almost $15,000 in prizes. Other films made for the challenge have gone onto become feature films, and collectively the competition reached audiences of over 30,000,000 worldwide.

You can watch winning entries here, and our own example film ‘Dare’ (directed by Ben Franklin & Anthony Melton), a POV haunted house walkthrough.

Bloody Cuts has been possible thanks to a number of fantastic sponsors including Take Two, Carey Dodd Associates and RODE Microphones. We’ve also worked regularly with well-known colorist Patrick Inhofer, with our films being used as training material for his online (and in-class) students.

Early on, the team had the honour of working with Millennium FX who brought their special effects talents to the fold, helping us to create monsters such as the creepy ‘Suckablood’ (played by Robin Berry) and the unsettling ‘Stitches the clown’ (played by Paul Ewen). And with the added talents of Kate Walshe and Karen Spencer (SFX Producers) and Chris Goodman (Art Director), the series went from strength to strength.

In 2015, the team released ‘The Outer Darkness – Part 1’ (directed by Franklin & Melton); a terrifying 25 minute pilot show that was written by Bloody Cuts regular Joel Morgan (who also wrote/directed ‘Death Scenes’ in 2013). The film was the most ambitious project that they’d undertaken at the time, and was sponsored by Kessler Crane. As part of the partnership, Ben and Anthony produced a series of ‘making of’ episodes entitled ‘From Script to Scream’ detailing the process of bringing a short film to life. ‘The Outer Darkness’ played a number of festivals worldwide, including Shriekfest LA, and is one the best reviewed films the team have made to date.

The feature packed limited edition Blu-Ray can be purchased from our shop.

In 2015 came festive film (and episode 10 in the series): ‘Deathly Presents’ (directed by Franklin and Melton), and made thanks to the generosity of sponsor RODE Microphones.

2016 saw Bloody Cuts’ biggest success to date – ‘The Birch’ – a folk-horror Franklin & Melton made with long-time collaborator Cliff Wallace. Produced exclusively for Crypt TV, the film went onto receive over 50m views and was awarded a ‘Best Drama’ Webby Award. Following that, the show was picked up for streaming by Facebook Watch, with Franklin & Melton co-producing season 2 of the popular show.

2017 gave Bloody Cuts the opportunity to work with 20th Digital / Disney on the ‘Bite Size’ horror short ‘Don’t Go Down to Wildor’. After its initial success at Canneseries (and ‘Best Horror’ award at Hollyshorts) the film was picked up for broadcast on Hulu. Franklin & Melton (alongside original writer Joel Morgan) are currently in development with 20thDigital on a feature film adaptation.

Late 2018 saw the release of ‘The Nest’ – a Blair Witch inspired found footage POV horror short, made for limited release on Snapchat as part of their V/H/S Snap Originals.

As Bloody Cuts enters a new dawn, Anthony and Ben have many nefarious plans underway, including more shorts, features and television shows. So if you’re a true horror fan and feel that Bloody Cuts will be right down your Elm Street; please get in touch and help us to make the dread unfold… 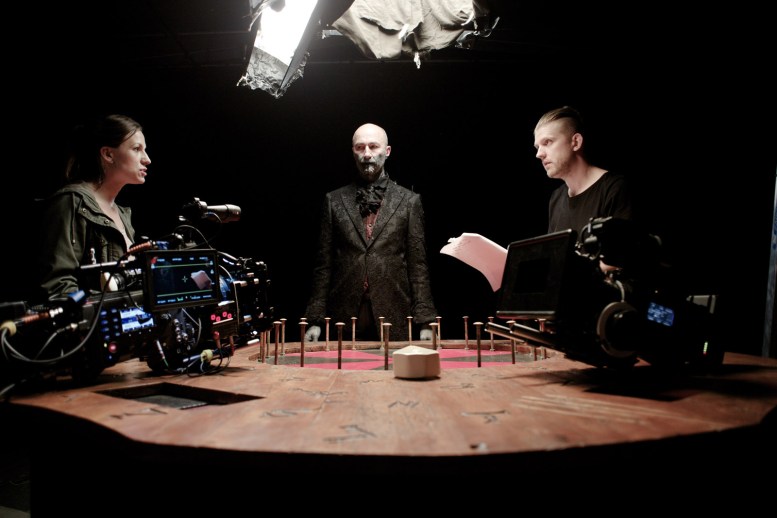 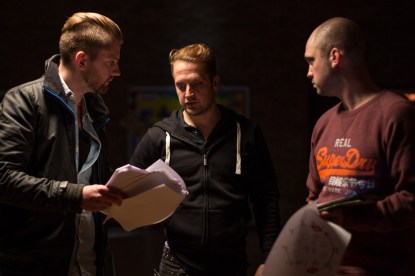 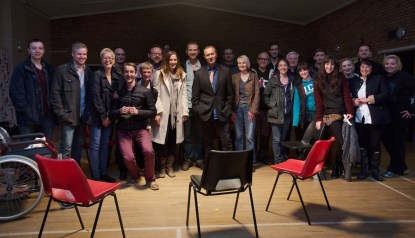 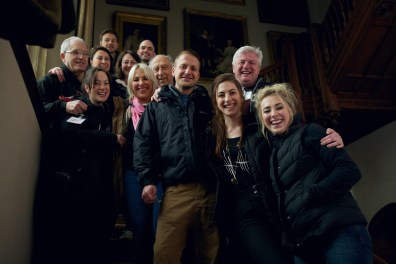 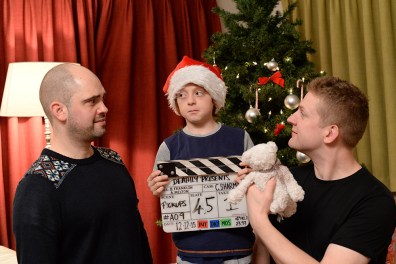 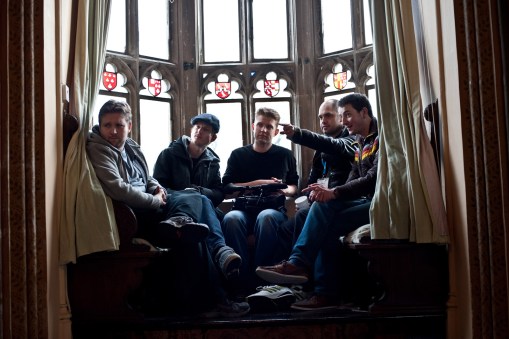 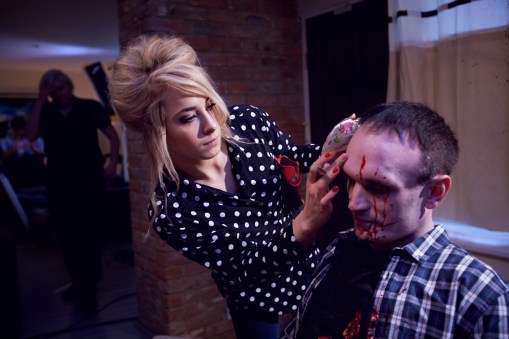 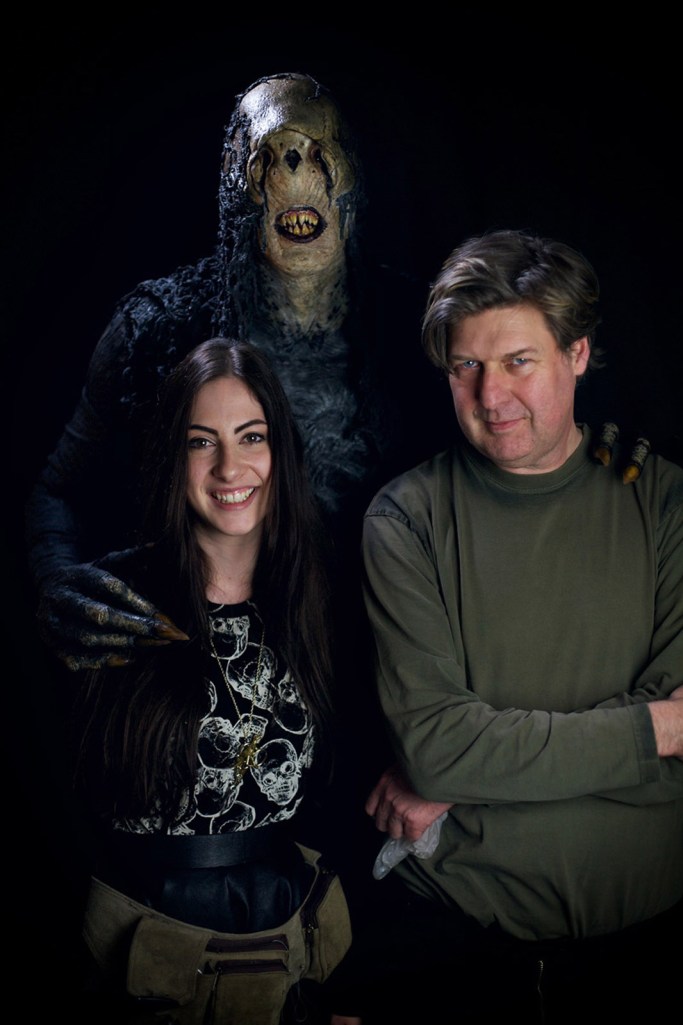 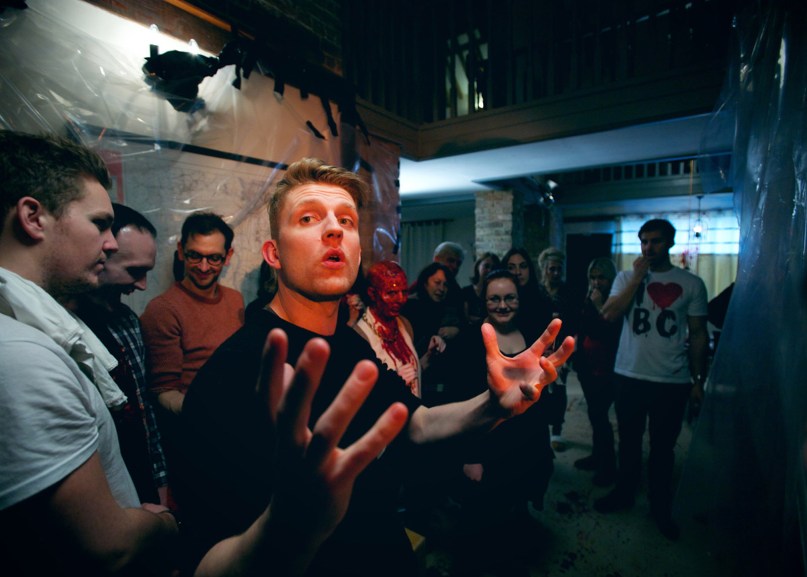 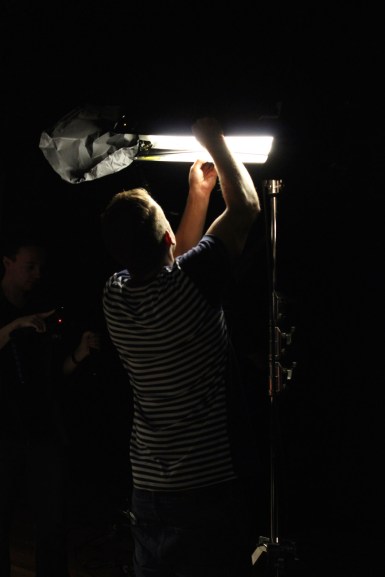 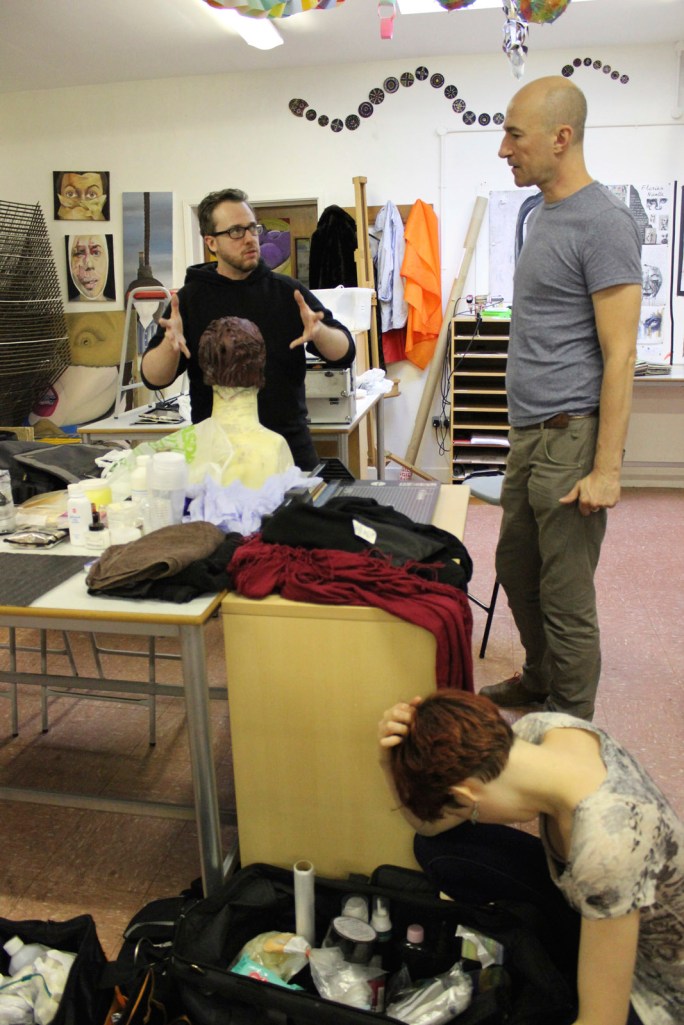 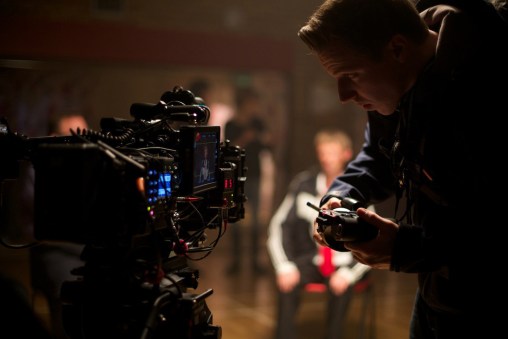 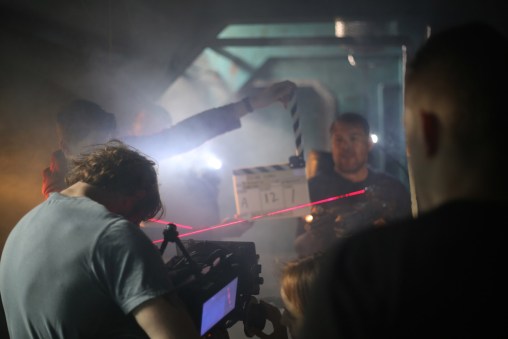 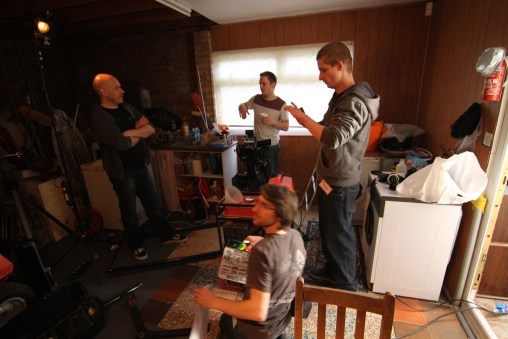 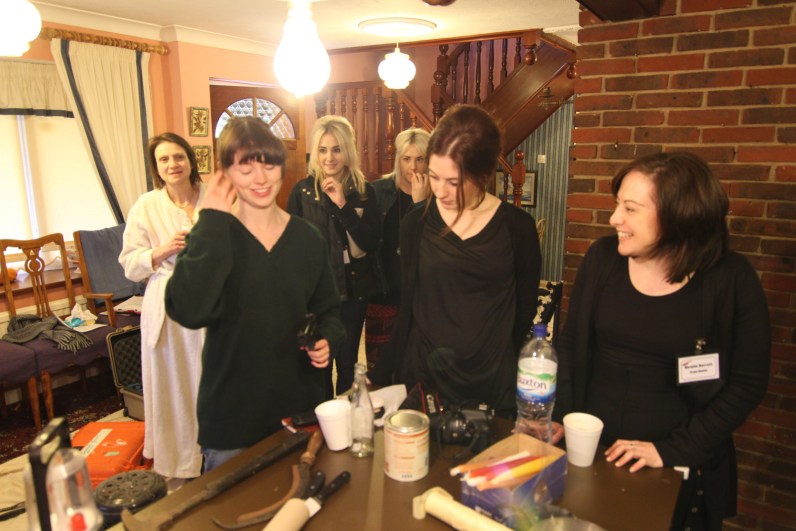 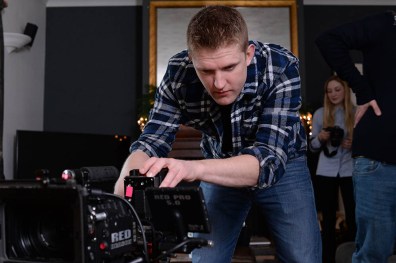 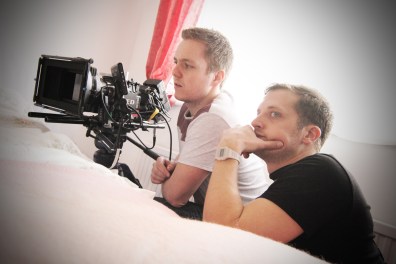 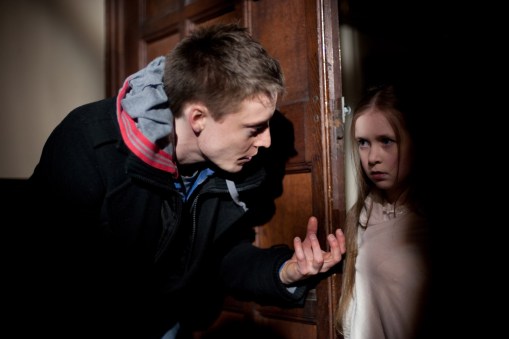 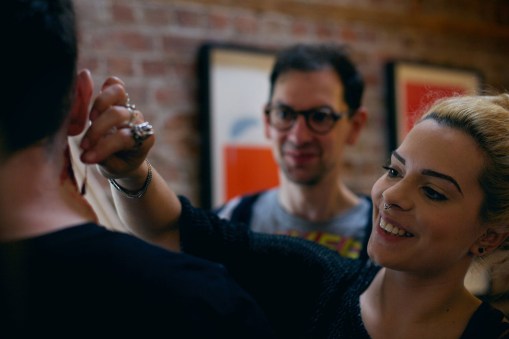 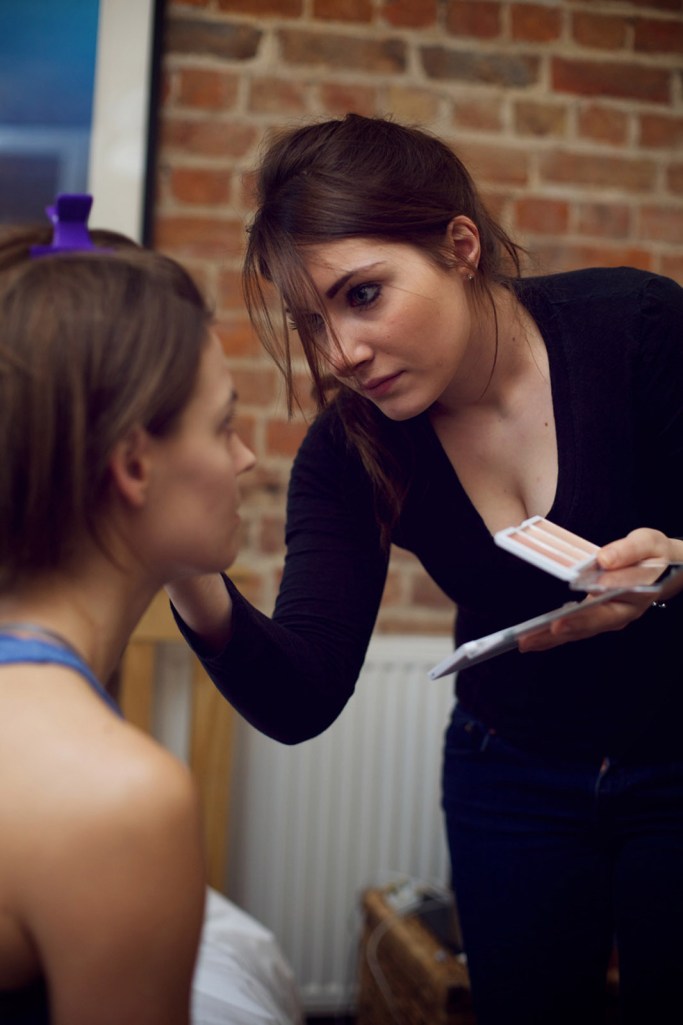 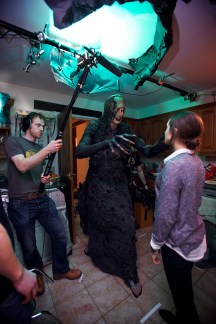 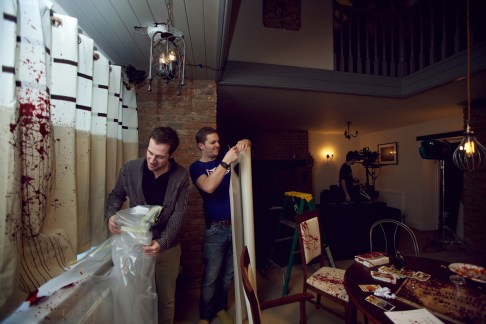 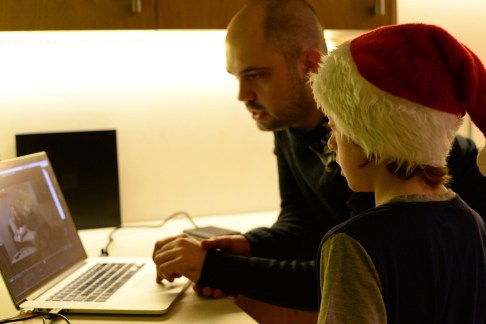